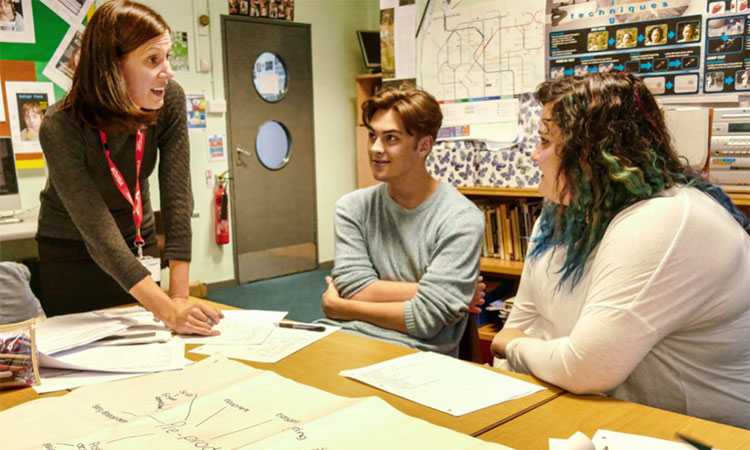 On Monday 21st September 2015 we were lucky enough to have Emily Bignell from Blueprint Film in college to deliver a workshop on Creative Production.

A2 Media students are working on their Music Video production for the Advanced Production coursework unit and Emily's input was inspiring. Emily led them through their role as a producer of a film and enabled them to appreciate the work involved at every step including: pre-production practices that will be vital to their success; organisation details and production paperwork. Students were actively encouraged to develop and challenge their creative ideas and the discussions led to project development.

Emily delivered the workshop in one afternoon and left the students filled with enthusiasm. It was super to see them so inspired; they were completely engrossed in their production journey and they all left filled with confidence.

It was a delightful afternoon and we look forward to further workshops with Blueprint Film.